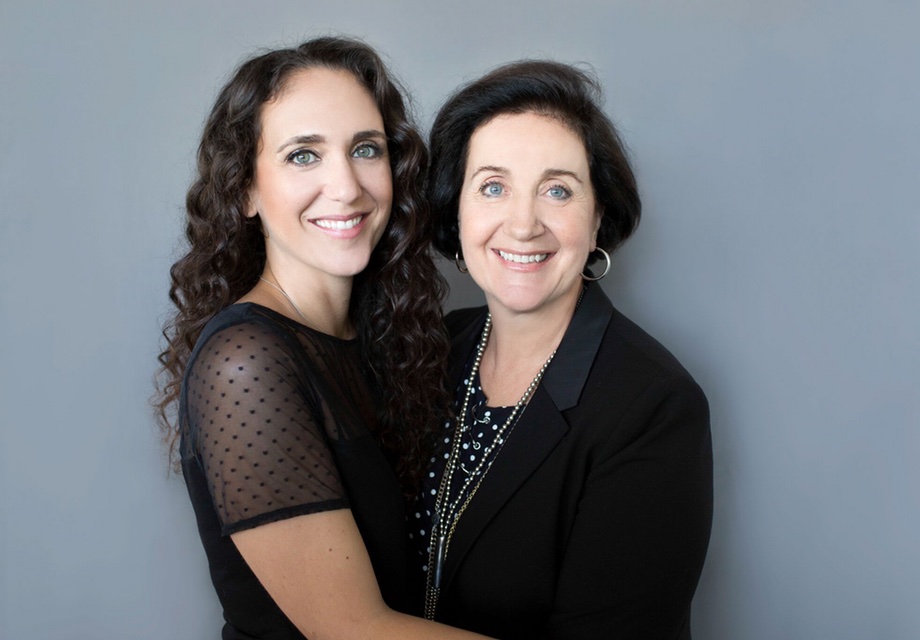 The impetus behind the French-inspired patisserie Le Macaron was a personal one. Rosalie Guillem was trying to coax her daughter Audrey to move from France to Florida. When the time came to take the leap, the two decided to start a business together, one that banked on something the French excelled in—specifically, sweets.

At the time, the French macaron (not to be confused with the coconut-laden macaroon) was just beginning to catch fire, and the mother-daughter team spied an opportunity to lead the trend. With Audrey’s husband serving as the founding pastry chef, Le Macaron opened its first store in Sarasota, Florida, in 2009. It now has about 50 franchised locations across the country, from California and Arizona to Texas and New York.

Although the shop serves a variety of gelato, cakes, and pastries, the dainty macaron—a painstakingly complicated confection that resembles a colorful hamburger—is the crown jewel of the menu.

Rosalie Guillem shares the story behind Le Macaron and their vision for the future.

My husband and I moved to Florida 15 years ago. I really missed my daughter and my granddaughter and was hoping one day they’d come join us—and that happened during the Great Recession. She called me to say, “Mom, we’re ready!” We needed to find an idea for her to make a living and get a visa. We were thinking of opening something the French manage very well. They have expertise in food, in perfume, in fashion, in wine.

I thought: What do we have in France that I can’t find here in Florida? We considered a restaurant, but it was too complicated. I really like sweets, and every time my husband was traveling in France, I’d send him to bring back some macaron from Paris. I called my daughter and said, “What do you think of opening a macaron store, a little French café—very simple, elegant, and modern?” That was how everything started.

In 2009, when everybody was closing, we opened our first store. It was not easy, but we thought that even during the Great Recession everybody would be able to treat themselves with a little delicacy: a macaron, a chocolate, a cup of coffee, a nice place, maybe a two-minute vacation. And that was the idea. When our first customer came in the store, they asked, “Le Macaron French pastry?” They were looking for another kind of pastry (the macaroon).

We are based in Sarasota; it is a wonderful city. We are close to the beach, so we also have a lot of tourists. Some Americans who traveled the world, especially Paris, knew what a macaron was. They were so excited. Others would come inside and say, “We were looking at this beautiful display with all these colors. What are they? Are they hamburgers?”

People started driving hours just to buy a box of macarons. So we started to understand that the macaron would be the next treat of the American customer.

I am not a good chef; I don’t expect my franchisees to be good chefs. If we want to keep the same quality in all the stores, we have to keep the same chefs. Our concept is different because we have a confectionary, so the chefs are doing all the difficult work. It’s a pleasure to share a pastry with your customer, to educate them, to make them try a Basil White Chocolate macaron or our violet gelato.

Our macarons are bigger than the ones you can find in the other stores. We use only real ingredients and real sugar. And the macaron is only 90 calories, so that’s much better than having a cupcake. A cupcake is 500 calories and doesn’t taste as good.

The chefs are working to create new cakes, macarons, and pastries; we want to expand the diversity of our products. We also want to add more franchised stores.

In France, the customers are spoiled by the quality of patisserie they have. When American customers taste something that is good, they really show how much they like it, and they want to share that with everybody. They are happy customers; we don’t have grumpy customers. They are so happy to discover something new. It’s great to be part of that discovery.