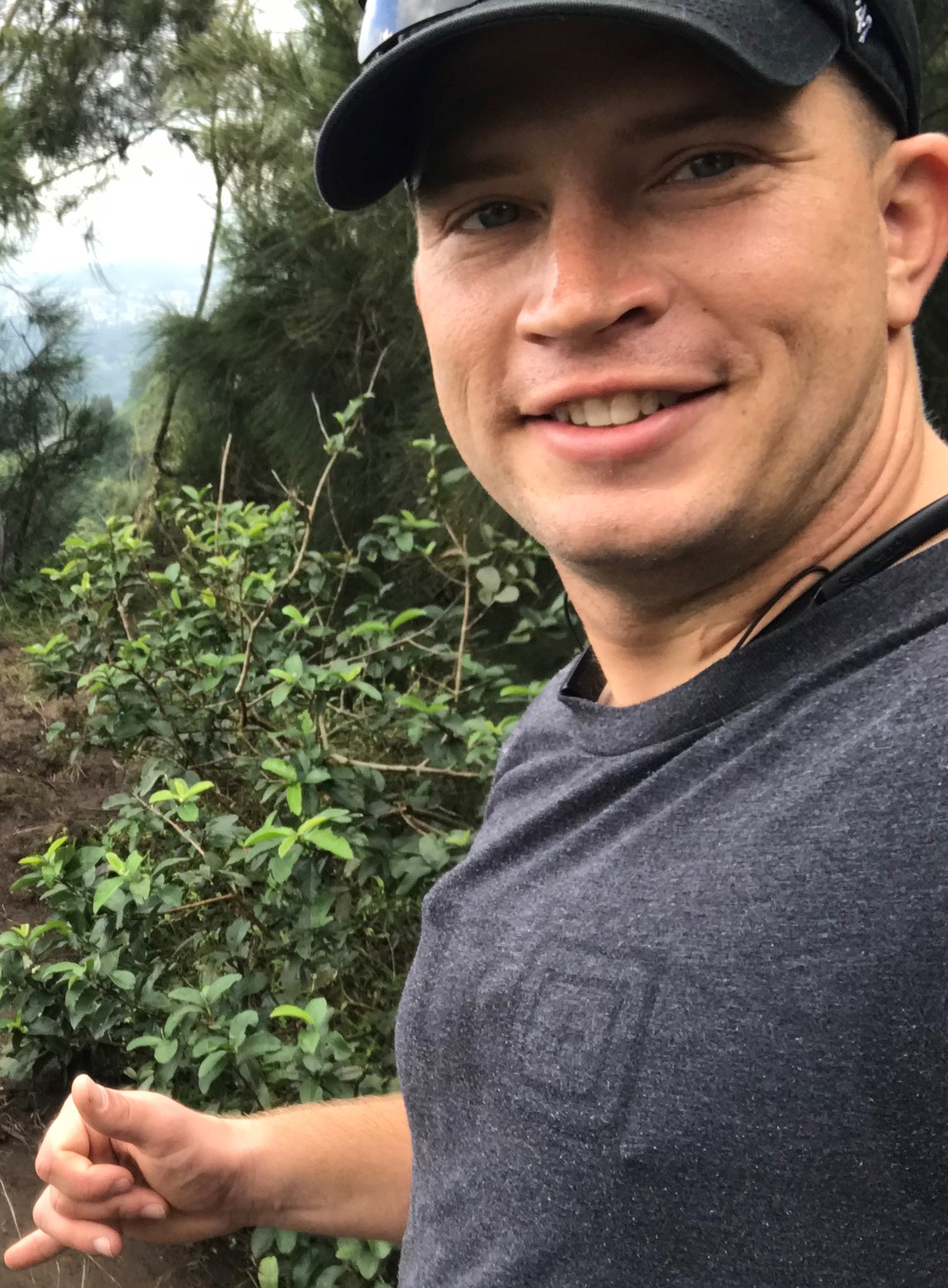 For Army veteran Jason Bolsinger, owning a business was always his primary goal. However, with 8 years left in his military career, Jason knew that in order to follow his dream of entrepreneurship, the perfect opportunity would have to come along. “I didn’t want to launch a business from the ground up at first, and decided to franchise,” he explains. “I needed one that was a semi-absentee franchise, not day-to-day, so after a lot of looking around Le Macaron seemed to fit exactly what I wanted to do.”

Jason’s no stranger to military life- as the son of an Army veteran, he grew up in a military family, following in his father’s footsteps, and is currently stationed in Georgia, after serving as an Armor officer in Iraq and Afghanistan, and Singapore. "I joined the Army in 2003 and am very thankful to serve in many capacities that have given me great experiences," he says of his military service. It was during a non-combat trip to Singapore that Jason realized that his service in the military would one day come to a close, and decided to lay the foundation for life after the military. "Since I've always had an interest in entrepreneurship, I began researching franchises that I could successfully operate without distracting me from my duties in the military," explains Jason. "I also wanted to find a company that shared my same values of family and friendly service toward others. I found that company in Le Macaron."

Jason's soon-to-open Austin, TX French pastry franchise location will allow him to continue serving his country while realizing his dream of owning his own business. This need for convenience, ease, and schedule flexibility is just what led Jason to the Le Macaron franchise opportunity. “There’s minimal [work] that I have to do,” he says. “I find my employees, I can find a manager there, close by, to handle my work for me. Since the macarons come from [the Le Macaron confectionary in] Sarasota, it’s hard for an employee to mess the product up. I can fill the impulse buy market and then work with wedding planners and other [service providers] on large orders.”

Thanks to his years of military service, Jason was able to take advantage of the VetFran discount offered by the Le Macaron French pastry franchise. While other franchise opportunities in the bakery industry offer an average veteran discount of 10 percent, Le Macaron offers an impressive 20 percent discount for U.S. military veterans and active duty members in search of pastry franchise opportunities. This significant savings is one of the things that caused Jason to take a longer look at the Le Macaron opportunity. “That was a huge thing that Le Mac does- the VetFran discount,” says Jason. “Le Mac beat [the competitors] out and said 20 percent, being active duty, so that was a huge start to the franchise process.”

Jason’s strategy for choosing Austin as the ideal location for his Le Macaron French pastry franchise came from both his love of Texas and the fact that he would have very few, if any, competitors sharing the market. “I chose Austin for a couple of reasons,” he explains. “Le Macaron isn’t there yet. Also, I’m a Texas boy at heart and I have a lot of family out that way who can check in on the place.” He also mentioned that he often goes to Austin to visit his daughter, who lives there, which adds to the convenience of opening his first Le Macaron French pastry franchise location in the Lone Star State’s thriving and trendy capital city.

As an Army veteran with a professional background in insurance, the Le Macaron French pastry franchise seems like a far cry from the franchise opportunities he was originally seeking, but after finding out about Co-Founders Rosalie Guillem and Audrey Saba and appreciating the warm, family-oriented aspects of the business, Jason came to realize that Le Macaron would be a perfect fit for him. “I was working with franchise headhunters who put some different options in front of me,” he remembers. “They presented me with cleaning services and restoration franchises, and this was up my alley as I was working as an insurance adjuster - these were familiar, but at the same time, it was going to be more involvement than I wanted to have in the day-to-day operations. I was interested but I wasn’t sold on it. I was doing my own research and saw Le Macaron on Franchise Direct and it interested me.”

Jason pursued the Le Macaron opportunity, going through the Education Process and getting to meet Rosalie and the rest of the Le Macaron corporate team. He recalls his initial impressions of Le Macaron’s founders, staff, and business model from his Discovery Day.  “I got to meet Rosalie and her whole family and I loved how much of a family business it was,” he says. “I saw how they started their first store and how it started growing so quickly. They have a unique business strategy, and it gives me room to grow. It’s not a need-based product; it’s definitely an impulse buy kind of product which means there’s not a whole lot of competition.”

In addition to the business model and the compelling story of how Le Macaron began, Jason was intrigued by the product itself, immediately spotting the sales potential for a little-known, yet delicious French pastry like the macaron.  “Macarons are not a big thing here in the U.S.,” he acknowledges, “so I want to get into somewhere touristy - tourists want to stop and see what a macaron is. They know what gelato is so that’s also a great selling point to get them in the store.” He admits that it also doesn’t hurt that he loves our signature macarons himself- “On my Discovery Day, I couldn’t stop eating them!” he laughs.

Jason sees the Le Macaron French pastry franchise opportunity as a lucrative first step toward an entrepreneurial career that will hopefully end with him owning a microbrewery.  “I’m a big beer guy,” he says, listing his appreciation of craft brews among his other hobbies, which include snowboarding, riding his motorcycle, and playing golf. His first location, which will be a café, is a building block for other potential streams of revenue, and he is considering a modular kiosk option for future Le Macaron locations. “ I want to find one physical location, like a storefront kind of place and then expand into multiple kiosks in other malls,” he explains.

The Le Macaron French pastry franchise opportunity is ideal for people like Jason who dream of owning a business but don’t have time for the day-to-day aspects of entrepreneurship. Our macaron business offers two ownership models: owner-operator and semi-absentee, to provide each Franchise Owner with the perfect fit for their goals and lifestyle. With our 20 percent VetFran discount, U.S. military veterans and active-duty members like Jason can enjoy substantial savings on initial investment costs, which means high potential profitability and fast potential returns on their investment. Click here to find out more about this one-of-a-kind opportunity to invest in a family-owned business featuring an exquisite, delightfully simple product.

Stay up to date with Le Macaron French Pastries!