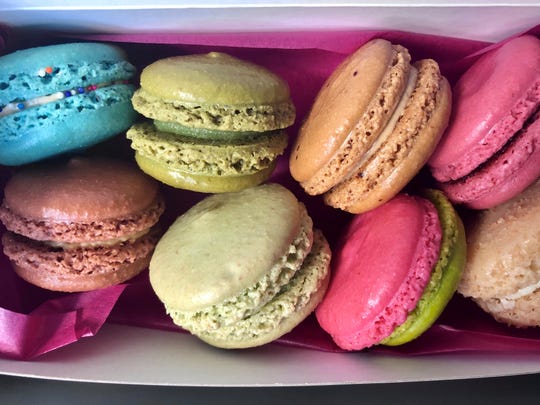 As Le Macaron celebrated ten years of being in business this past month, the brand looked back on its development from humble beginnings into the well-known bakery franchise that it has grown into today. With over 52 locations in 11 states, it's success has certainly not gone unnoticed. A recent article from 1851 Franchise highlighted the top 5 reasons to own a Le Macaron franchise, emphasizing exactly what has led to the brand's unprecedented growth over the past decade.

The Le Macaron concept is based off of two models: a French pÃ¢tisserie (bakery) or a mobile kiosk. Both cookie franchising opportunities are inexpensive and quick to open, potentially leading to a fast return on investment. While the pÃ¢tisserie model offers a variety of different pastries, as well as gelato, the newer kiosk model focuses solely on what Le Macaron excels at the most: traditional French macarons. "When we analyzed our growth, we saw that macarons constituted up to 80% of our sales, so we honed in on the kiosk model that only sells macarons," says Le Macaron founder Rosalie Guillem. "Our franchisees can get a kiosk up and running in just two months and generate nearly the same profit as a cafÃ© in a much shorter time frame." Such is the case as more and more Le Macaron kiosks are popping up in shopping centers across the country.

Le Macaron's recipes and top-of-the-line ingredients certainly set it apart from its competition. However, the brand has done more than just make delicious pastries. It brought an entirely new concept to an untapped market. As Guillem puts it, "The macaron has been popular in France for decades, but was nowhere to be found in America. Le Macaron was the first macaron franchise in the country". While many Americans crave a luxury, European experience, travel to Europe is expensive and time consuming. With Le Macaron, the American consumers get that kind of experience brought to them, without having to spend a ton of money or leave their own communities. Since this experience is so new and foreign to the American market, Le Macaron has met minimal competition, helping it quickly rise to dominance of the niche industry.

An important factor in the success of the Le Macaron is its streamlined and simple operational model. This is largely based off of the fact that the Le Macaron headquarters handles all of the baking and preparation for each of its franchise locations, meaning that Franchise Owners can focus more on customer experience and the functionality of their stores instead of on baking and preparing food products. "Because we bake all the macarons in our Sarasota location, one person can run the operations, which increases our franchisees' profitability and improves their ability to break even quickly." discusses Guillem. "This gives each franchisee time to focus on excellent customer service and opportunities for additional revenue streams." This type of model is not available with other cookie franchising opportunities has been pivotal in the success of the bakery franchise.

Arguably the most impressive aspect of the Le Macaron business model is its corporate support and franchisee training. The bakery franchise's corporate support team helps Franchise Owners through every aspect of owning a business, whether it be marketing, training, real estate development or anything in between, assigning each franchise owner their own franchise business consultant. This consultant caters to the every need of their assigned franchise owner and is present throughout each step of the business development process. Furthermore, the scalability of the Le Macaron model is emphasized to Franchise Owners, offering them opportunities for expansion and to "decide when and where it makes sense to scale". Franchise Owners are truly made to be part of the company, even given the opportunity to, "work directly with our chef to suggest flavors, which helps them customize their offerings to their local community's specific tastes," remarks Director of Marketing & Design, Angel Santiago. This kind of involvement for Franchise Owners is seldom found among other franchises of this size, allowing owners to truly be given a voice in the brand.

Le Macaron has done much more than simply make delicious, high-quality French macarons over the past 10 years. They have introduced the United States to a gourmet, European experience on a mass scale. They have revolutionized and simplified the franchise model. They have created a new standard for bakery franchises.

To bring a gourmet, European bakery experience to your community, click here.